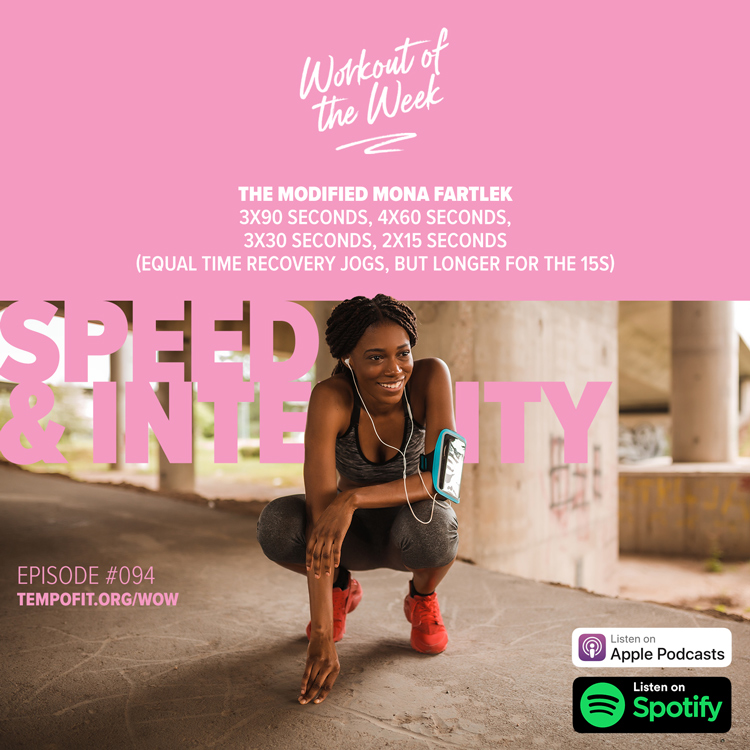 Last week we introduced a famous fartlek workout invented by Aussie distance running legend Steve Moneghetti. This week we introduce a couple of tweaks to the Mona Fartlek that make both more endurance focused and more speed orientated.

Equal duration jog recoveries after each effort, except for the two 15-second efforts where you’ll take as long as you need.

Terrain: Off road surface that isn’t too technical

We’re adding an extra 90-second interval at the start in order to increase the intensity factor of the session.

However, for the two 15-second efforts at the end will be done with full recoveries before and after in order to express good speed and technique.

The tweaks we’re making to the Mona Fartlek this week allow us to get a bit more time in at an elevated heart rate, which will be perfect prep for what’s coming next week (more on that to come soon!).

But we’re not going to let the session be all about intensity. The two 15-second efforts at the end are all about reminding your body that it can move well and fast even on pre-fatigued legs. So use this opportunity to practice great technique.

Last week we were looking at effort levels starting around 5k race effort and finishing around mile effort. This week, feel free to up that a little. And if you’re used to running fast, perhaps the final 15-second efforts will be near max speed.

If you can, perform this week’s workout on the same trail as last week. Start from the same point and compare where you are at 20 minutes to the same spot from last week’s session. 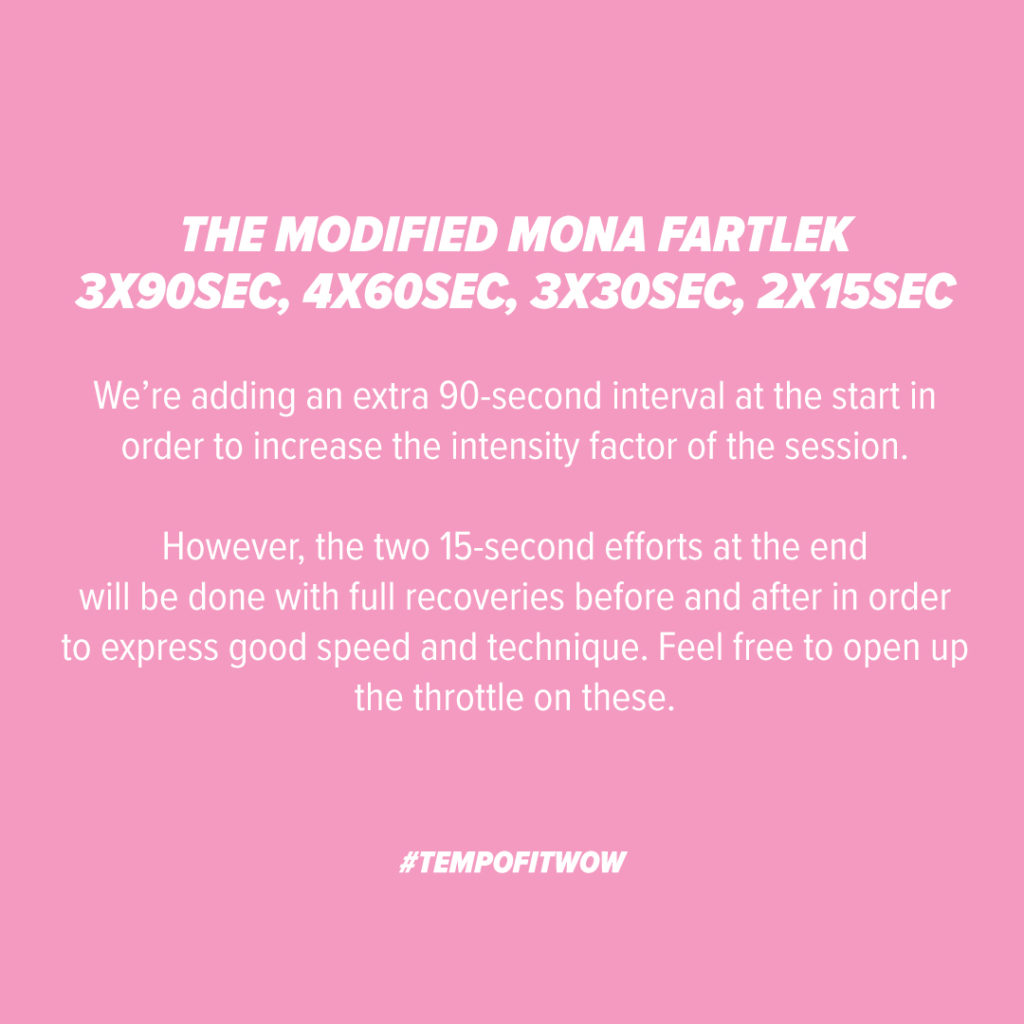 THOUGHTS FOR THE WEEK:

In the past couple of weeks we’ve seen both the men’s and women’s 400m hurdles world records broken. In my opinion, 400 hurdlers are some of these most complete athletes on the planet. Especially when you compare them to your typical distance runners they illuminate a lot of areas where us distance runners can end up limiting our own potential.

So, in an effort to spot any blind spots in our training and fitness, let’s breakdown what it takes to be a 400-hurdler and how we can learn from them to become more resilient distance runners: